What "13 Reasons Why" Means for America’s Classrooms 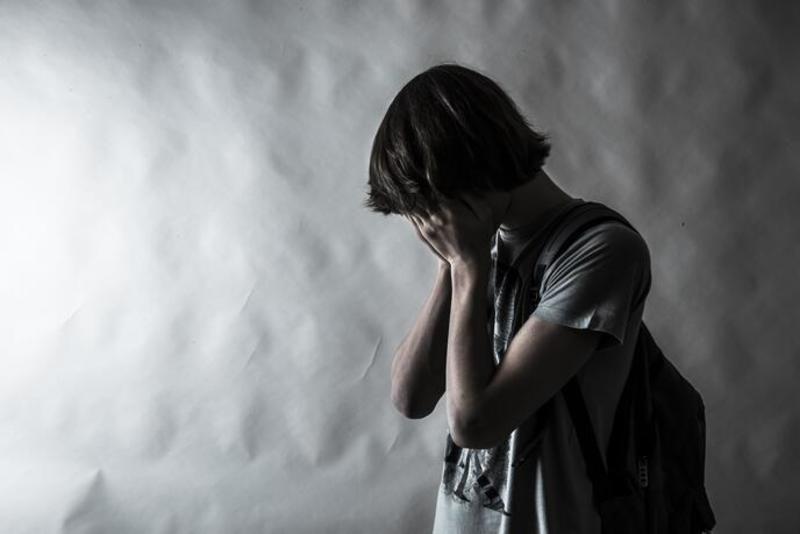 If you or someone you know is thinking about suicide, you can contact the National Suicide Prevention Lifeline, available 24/7, at 1-800-273-8255. Your call is confidential and free.

In the Netflix original series 13 Reasons Why, a troubled teen commits suicide and leaves behind 13 audio tapes calling out the people and incidents she deems responsible. The Selena Gomez- produced series, based on the popular Jay Asher novel, has garnered a mixed response. While some applaud the show for tackling the issue of teen suicide, it’s also attracted criticism for glamorizing self-harm and presenting suicide as a kind of revenge-fantasy solution to bullying and depression. Many experts say that the show’s portrayal of suicide is flawed and could influence vulnerable teens “with any degree of suicidal ideation” to commit acts of self-harm.

Like the novels, which were required to be displayed alongside suicide self-help resources when the book debuted, Netflix added “additional advisories” to the show, including a new warning card that airs at the beginning of the first episode.

Regardless of where one comes down on the controversial show, the series has been a success in one regard: getting communities to discuss the issues of teen suicide and bullying in schools. This is an important and timely conversation to have because American schools are currently facing a crisis, as seen by the numbers alone.

The data is shocking: according to the Center for Disease Control and Prevention, one out of every five students reports being bullied. On average, 1 in 5 teenagers have contemplated suicide, and suicide is the third leading cause of death among persons aged 10-14. Suicide rate among youngsters ages 10 to 14 doubled in the U.S. from 2007 to 2014, and for the first time, suicide rates for U.S. middle school students have surpassed the rate of death by car crashes.

As educators, administrators, and leaders we have an opportunity to reduce these numbers. Let’s talk about some constructive steps schools can take to contribute to the health of their students, and better assure students are safe.

According to the American Foundation for Suicide Prevention, 4 out of 5 at-risk teens that attempt suicide display clear warning signs. Warning signs can take the form of behavioral changes, as well as be displayed by a child’s interests and online activity. When a student searches sites that deal with self-harm, drugs, or guns, these are blaring signs that something is wrong.

However, staying aware of at-risk students’ online activity can be difficult. Recently, new technologies have emerged to help with intervention: AI-based monitoring systems which pick up on context triggers can red-flag troubling behavior and alert school officials to perform outreach. One example of this is GoGuardian’s Beacon, a platform that utilizes artificial intelligence to help protect students online, crawling their online browser activity for signs of self-harm or suicide and alerting the school to take action as needed. In addition, Admin 2.0 was designed to put students first by giving them direct, personalized feedback. Such programs are designed to inspire self-modification among students as they become more aware of their online behavior. By sending students personalized messages while they are browsing, Admin 2.0 empowers students to be better digital citizens and alerts educators in issues of potential self-harm.

Incorporating technology programs such as Beacon and Admin, that give oversight and provide tailored guidance, can help flag warning signs when they first emerge, enabling educators to be more proactive rather than reactive to issues of potential self-harm.

Statistically, 90% of suicidal teens are suffering from a mental illness, ranging from depression, to bipolar disorder or struggles with addiction. If students could be provided with access to health care services at no extra charge, these issues could be diagnosed and treated. By providing students options and access to help—be it a school counseling center, or the number of a suicide prevention lifeline—we can give students options other than self-harm.

Empower Peers to Speak Up

More than half of bullying situations (57%) stop when a peer intervenes on behalf of the victim. By encouraging children to support each other, we model good behavior and best practices.

This can achieved by educators through in-class discussions around how to intervene when you see a peer being bullied, school projects, as well as awareness campaigns about how to handle such situations. One example of a successful anti-bullying campaign is the Parisian illustrator Maeril’s viral online campaign,  which was used as a guide for de-escalating Islamophobic attacks. Maeril’s guide, which can be applied to any form of bullying in a public space, was shared online more than 70,000 times.

Through educators discussing issues out in the open, students have the opportunity to address sensitive topics including cyberbullying and abuse, listen to their peers...and learn they are not alone. Recently, a group of high school students in Michigan began their own project targeted at suicide prevention called 13 Reasons Why Not. Modeled after protagonist Hannah Baker’s tapes in 13 Reasons Why, students created their own recordings that end on a positive note. Instead of calling out those that have bullied them, these teens highlight those that encouraged and provided help to them in their time of need.

By encouraging supportive peer groups, educators can effectively take issues like self-harm and bullying out of the shadows, and into a open discourse.

13 Reasons Why may be an imperfect vehicle, but it’s spurred an important and timely dialog about mental health among adolescents. John F. Kennedy once said, “Children are the world's most valuable resource and its best hope for the future.” When our children are at risk, it’s our collective duty to take the necessary actions to protect and serve them. Regardless of how one perceives 13 Reasons Why, the series has raised a nation-wide conversation on suicide and pushed communities to think about constructive actions that schools, families and students can take to prevent such tragedies.

By embracing technology, empowering peers and providing students with adequate mental health resources, we can help improve the situation...but there are many more constructive actions we can take. It’s up to us as a society to work towards solutions that advocate for and serve, as J.F.K. said, “...our best hope for the future”.