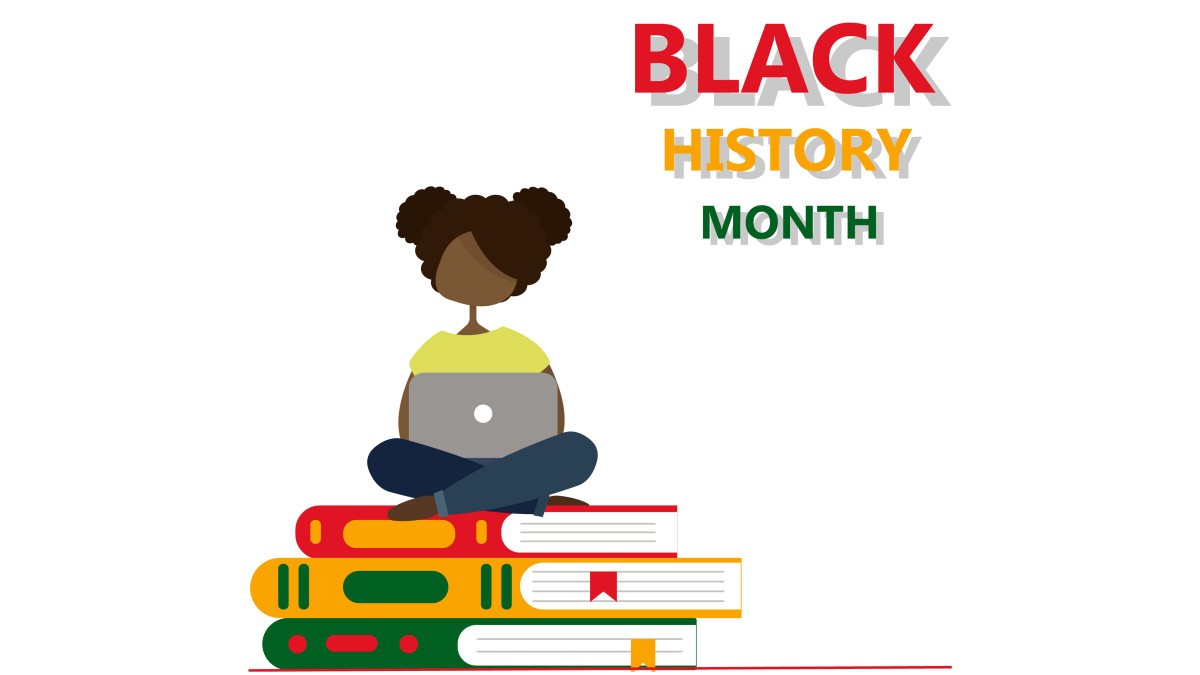 Since 1976, February has been formally recognized as Black History Month—and with good reason. Many people and events that are significant in our American Black history have been absent from textbooks and our classroom curricula. Fortunately, there are many books for children of all ages that can fill in this gap. Stories of Black Americans who have overcome extreme adversity, broken down significant barriers, and triumphed in the end are widely available for students of all ages.

A true story of the underground railroad, Henry Brown escapes slavery by shipping himself in a wooden box to a northern destination. Henry doesn’t know his birthday and is excited to arrive in a place where he can celebrate perhaps a more critical rite of passage type of “birthday”—his first day of freedom.

2. This Jazz Man by Karen Ehrhardt

Music and dance are great themes to explore with young children. They will love the upbeat tribute to African American music greats, set to the tune of the children’s song, “This Old Man.” Readers are introduced to some of the jazz icons, including Louis Armstrong and Duke Ellington, to name a few.

3. The Other Side by Jacqueline Woodson

The Other Side tells the story to two unlikely friends who find a way around the racial segregation rules in their hometown. They come together to form a friendship by sitting on top of a fence, which acts as a metaphor for much of what the two must endure as they journey through various stages.

4. Moses: When Harriet Tubman Led Her People to Freedom by Carole Boston Weatherford

Introduce children to one of America’s most pivotal figures: Harriet Tubman. Nicknamed “Moses” for her work in leading slaves to freedom via the underground railroad, this is a timely read, given that Tubman is finally set to appear on the $20 bill. Lively illustrations and action-packed writing engage children in the story of how Tubman led many of her African American peers from the South to the North toward freedom.

5. Heart and Soul: The Story of American and African Americans by Kadir Nelson

This book details the challenges and contributions of African Americans throughout American history. Profoundly and beautifully illustrated by Nelson himself, the story is told from the perspective of an African American woman whose ancestors arrived in America on slave ships and who lived long enough to cast her vote for the first African American president.

1. The Watsons Go to Birmingham – 1963 by Christopher Paul Curtis

This is the story of 10-year-old Kenny and his family on their road trip to visit grandma in Birmingham during the height of the Civil Rights Movement. It is intense, gripping, told from the perspective of the age of the reader, making the difficulty and fear meaningful and raw to the reader.

2. One Crazy Summer by Rita Williams-Garcia

This book tells the story of three sisters in 1968 visiting their mother, who abandoned them to start her “radical new life.” After seeing their mother, she sends them to summer camp, only it’s no ordinary camp at all. The three sisters find themselves in a stronghold run by the Black Panthers, where they become more aware of their place in their country, community, culture, and family.

3. Roll of Thunder, Hear My Cry by Mildred D. Taylor

For Black families living in the South, the Great Depression was an especially difficult time. This book details the story of one family clinging desperately to each other and their land as they navigate this tumultuous time in history.

This is the story of 10-year-old Sugar and all about her life working on a sugar plantation. It is past the time of slavery, but that definitely does not mean that Sugar is given the same opportunities and freedoms as her peers. This is a beautiful story about perseverance and striving for more, no matter what.

A novel written in verse, this book gives the first-hand account of what it was like to be a young, Black girl growing up during the height of the Civil Rights Movement in the 1960s and 1970s. Each poem contains eloquent verse and coveys weighty and strong emotions.

1. The Hate U Give by Angie Thomas

Especially relevant to current events, 16-year-old Starr Carter witnesses the shooting death of her best friend, Kalil, at the hands of the police while Kalil was unarmed. Protests ensue, and Starr is threatened by police and drug dealers alike. As the only person who knows what really happened, she finds herself in a precarious position.

2. The Voting Booth by Brandy Colbert

Another book with a clearly relevant theme for today’s young reader, this is the story of the difficulty one young Black man, Duke, has in attempting to cast his first vote. Rushing from place to place and waiting in endless lines, Duke is turned away at each turn. His mission for democracy is coupled with an unlikely connection to another protagonist, Marva, who helps Duke along his quest.

This is a collection of short stories about being Black in America. Including stories that deal with family relationships, love, mixed-race dynamics, homosexuality, and more, Zoboi tackles so many ways to be “Black enough” in this captivating slice-of-life book.

4. Calling My Name by Liara Tamani

This coming-of-age story about a young Black girl growing up in Houston, Texas, will grip the reader. This book follows the protagonist’s journey from middle school to high school and captures the struggle of finding your identity and purpose in life.

5. Buried Beneath the Baobab Tree by Adaobi Tricia Nwaubani

This book is based on the real-life experiences of the Nigerian girls kidnapped by Boko Haram. It is told from their unique perspective. Buried Beneath the Baobab Tree tells the side of the story that many do not know, and it implores the reader to see these brave girls as more than just statistics.

This year, as Black History Month continues, consider celebrating by helping school-aged children read stories about and authored by the African Americans who helped to shape the history that preceded today’s students. Educators can help guide more mature readers to stories of current, related issues present today in Black culture, communities, and the points where they converge with the rest of American heritage.