Social Media Use and Self-Harm Behaviors in Adolescents 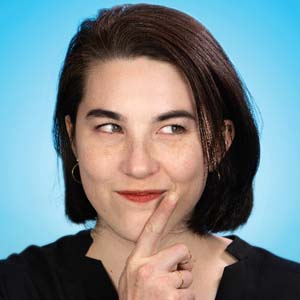 Social Media Use in Adolescents

What once started as a way to reconnect with old classmates has now evolved into an anchor in many people’s lives. Social media is no longer simply a network to stay in touch with friends. It is now a source of entertainment, e-commerce, news, income, and a way to connect with strangers across the country or world—something that would not have been possible 20 years ago other than through pen pal programs. With the COVID-19 pandemic keeping people at home more than usual, social media might even be their main connection to the outside world. Now that adults and teenagers have personal devices that enable this virtual social connection, access to social media is immediate and constant. But despite the many positive ways in which social media connects us to other humans, one important aspect must not be ignored: the growing body of literature connecting social media use to self-harming behaviors in adolescents.

Though research is relatively new in this field, early findings from these studies are something to consider as the adoption of social media in younger populations continues to rise. Furthermore, the rapid expansion of social media adoption among adolescents has researchers in the field identifying a growing need to explore the relationships between social media use and its potentially adverse effects of adolescent mental health and behavior (Daine, Hawton, Singaravelu, Stewart, Simkin, & Montgomery, 2013; Dyson, Hartling, Shulhan, Chisholm, Milne, Sundar, & Newton, 2016).

Self-harm, or what is sometimes referred to as non-suicidal self-injury (NSSI), most commonly refers to acts of self-directed violence without suicidal intent and generally serves as a way to cope with distressing negative affective states (Peterson, Freedenthal, Sheldon, & Andersen, 2008). Although NSSI is separate from suicidal behavior, adolescents and teens who have displayed NSSI behaviors frequently are shown to have contemplated or attempted suicide at other times (Peterson et al., 2008). This suggests that there is a strong link between self-harm behaviors and suicidal behaviors in young people and highlights a need to focus on the recent increase in self-harm behaviors in adolescents when considering threats to adolescent safety and well-being.

In 2008 it was found that adolescents aged 15-19 had the highest rates of non-fatal self-injury-related Emergency Department (ED) visits compared to all other age groups in the United States (McCluskey, Allareddy, Rampa, Allareddy, & Rotta, 2019). Non-fatal self-injury ED visits were inclusive of “acts with suicidal and non-suicidal intent” (Ting, Sullivan, Boudreaux, Miller, & Camargo, 2012). Rates of self-harm in adolescents have continued to rise in recent years. A study looking at ED visits for suicide and self-harm in young people found a 45% increase in ED visits from 2008 to 2013 for adolescents aged 13-15 years of age, and a 94% increase for children aged 10-12 in the same time frame (McCluskey et al., 2019). Given that a third of young people who die by suicide present self-harm behaviors in the last three months of their lives (Appleby, Cooper, Amos, & Faragher, 1999), identifying these behaviors as early as possible presents the opportunity to stage potentially life-saving interventions.

The growing prevalence of self-harm behavior online and on common social media platforms can increase the chances that young people may discover self-harm content (Stänicke, Haavind, Rø, Gullestad, 2020). Where many adolescents have typically turned to their peers in the past to communicate about issues relating to self-harm, social media and online communities have become an extension of an adolescent’s sphere of peers (Stänicke et al., 2020). While a systematic review of online communities centered around self-harm found that a majority of these communities provide support and promote positive messages, there were many communities found that exacerbate issues of self-harm behavior and ideation (Dyson et al., 2016). Some online self-harm communities have been shown to use language or provide advice that potentially normalizes harmful behaviors and causes the formation of maladaptive coping mechanisms (Dyson et al., 2016). These online communities have also been shown to regularly fail to provide the necessary support for self-harming individuals; and in some cases, these communities would feature graphic depictions of potentially triggering self-harm imagery in the form of photos or videos, provide encouragement to perform self-harm acts, mock specific members, or facilitate pacts to commit more dangerous acts of self-harm (Dyson et al., 2016).

Despite their growing influence, these online communities can often be invisible to those outside of them. In fact, research has shown that oftentimes guardians are largely unaware of what activities their children may be engaging in online (Symons, Ponnet, Emmery, Walrave, & Heirman, 2017). New research in adolescent development and cyberpsychology has begun to address these gaps in our understanding of the relationship between social media use and its potential effects on adolescent well-being. Meanwhile, future studies in these fields could further serve to uncover the digital behaviors indicative of self-harm and suicidal behavior online while directly informing intervention research (Daine, et al., 2013; Dyson et al., 2016).

At GoGuardian, we believe the internet is a learning tool and that education solutions are only as valuable as the impact they provide. So as Researchers, it is our job to conduct experiments and gather insights on the impact of the digital learning experience on students and schools.