What is a Next-Generation Firewall?

We’ve all heard of firewalls. The word has been a part of tech culture since the very start. Not only have we all heard the word, we all know what it means: security. We think of a firewall like a fence around a building or a fine-mesh sieve that keeps the seeds and pulp out of our fresh juice. The difference is that this sieve filters bugs and viruses. It protects the most vulnerable parts of our computers and our networks. But what is a next-generation firewall, and why do we need it?

What is a Next-Generation Firewall?

Next-generation firewalls (NGFWs) are network security devices that go beyond traditional firewalls by including additional features such as intrusion prevention, threat intelligence, and application awareness. NGFWs still monitor incoming and outgoing traffic on your network but it goes beyond the protocol inspection, narrowing its focus to individual applications. It also utilizes intelligence outside the firewall and its protections are far more integrated. 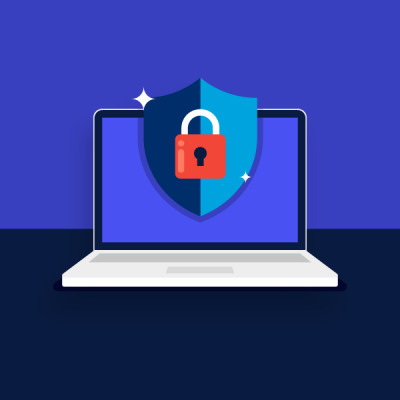 NGFWs are commonly used by big enterprises and for protection over public or private clouds. Any company with a high volume of IoT devices will benefit from NGFWs. For smaller companies and organizations, there are other solutions, such as a UTM firewall.

What is a UTM Firewall?

Unified Threat Management (UTM), or Unified Management Gateway, is a turn-key solution for small businesses. It’s just as comprehensive as other firewalls and is often referred to as an “all-in-one” solution. As the need for more network security grew, more firewall products turned up on the market. These extra applications were advantageous, but they were hard to manage. UTM firewalls put all of these functions into a single management interface.

Though they are comprehensive, they are still turn-key, which means they aren’t easily molded to individual business needs. While this isn’t helpful to larger corporations, it’s perfect for many smaller businesses.

Firewalls have been around since the beginning of internet technology, so naturally, they’ve seen a few advancements. Traditional firewalls monitor incoming and outgoing traffic on your computer. They use both static and dynamic packet filtering and VPN support. This ensures a valid and secure connection to the network and the internet. Traditional firewalls also map IPs by translating addresses—both network and port.

A next-generation firewall utilizes these security measures, as well. The main difference is that the next-generation filters based on applications. Traditional firewalls focused more on the overall operation, but NGFW’s narrow their focus. They have extensive visibility into all applications. They use analysis and signature matching to identify them. They base their authentication method on a user’s specifications. It may use whitelists or a signature-based IPS for verification, then it will pass it through SSL decryption. Another key difference is that NGFWs can receive updates, meaning they’ll continuously improve.

Traditional firewalls are capable of blocking most unwanted applications. They base their protections on ports and protocols, but they’re not as comprehensive as it needs to be for most organizations. NGFWs take a different approach. They use identity-based security tied directly to IP addresses. This gives more individual control over smaller functions and a deeper inspection. NGFW protection is far more encompassing, providing uninterrupted operation. In the case of maintenance, scheduled or otherwise, there won’t be a break in service.

There are several huge benefits to using next-generation firewalls, but there’s one advantage that stands out among the others: NGFW’s deep packet inspection. Applications are one of the most common ways of accessing the internet today. They efficiently connect us to the information and tools we need. In the workplace, they help make employees more productive and businesses more efficient.

However, these applications are vulnerable and commonly attacked by hackers. NGFW’s identify, probe, and control applications no matter which IP port it uses. This is important because applications will use any available port for a streamlined user experience, but this presents an obvious vulnerability.

An NGFW is an extra firewall layer to traditional or standard security. It's designed specifically to analyze applications but they also block malware from entering a network. This wasn’t possible with traditional firewalls. Another benefit is that NGFWs are better equipped for APTs (Advanced Persistent Threats). Other benefits include:

Why are Next-Generation Firewalls Important?

The internet has spread into every facet of our lives. In 2019, there were 30 million Chromebooks in schools around the globe—a five million from 2018—and 20.4 billion IoT connected devices. That number will rise to around 64 billion by 2025, just five years away.

This year alone, 90% of vehicles connect to the internet through various functions, such as GPS. Autonomous vehicles might make their way to the market in the next few years. Some companies, like Tesla, are pushing other companies towards this much faster.

Email spoofing victimizes 80,000 people every day and businesses lose billions every year to these simple hacks. DDoS (Distributed Denial of Service) attacks increased by 967% in 2019 using ports and protocols to exploit vulnerabilities. In addition to all this, applications are increasingly common for business efficiency but they’re incredibly vulnerable to attacks.

The rise in technology across all facets of our lives increases the corresponding level of threat. As new tech emerges, vulnerabilities are least scrutinized and it often takes a hacker to expose them. Once they exploit weak spots, we invariably see the need for protection. Applications are the new frontier, but traditional firewalls weren’t ready for this. That is why 80% of new malware attempts use those weaknesses to breakthrough.

Next-generation firewalls protect companies, organizations, and schools against broader threats because traditional firewalls don’t do enough to protect against DoS or DDoS attacks. These are the new norm in hacking, especially since the release of the Mirai botnet. Originally a scam for Minecraft, the botnet easily took down a huge portion of the internet. Sites supported by Dyn, an internet infrastructure provider, shut down without warning and took sites such as Netflix, CNN, and Twitter down with it. Since it was something that was the first attack of its kind, there was no protection against it. Since then, the bot has landed into the hands of average hackers, not just video game players, and has led to the exposure of billions of consumer accounts. This puts organizations and individuals at risk, and stresses the need for additional security measures such as NGFWs.

GoGuardian filtering and monitoring software protects your computer against malware and phishing attacks. GoGuardian analyzes the encryption certificates of sites to ensure they're valid and secure. If they are not, the filter blocks the user from accessing them. This applies to links, pop up ads, and emails, as well. The software fills all of the vulnerable gaps in your system and protects your entire network.
Learn more about filtering and monitoring software at GoGuardian.