We’re here to help during school closures due to COVID-19. Learn more ›
Learning 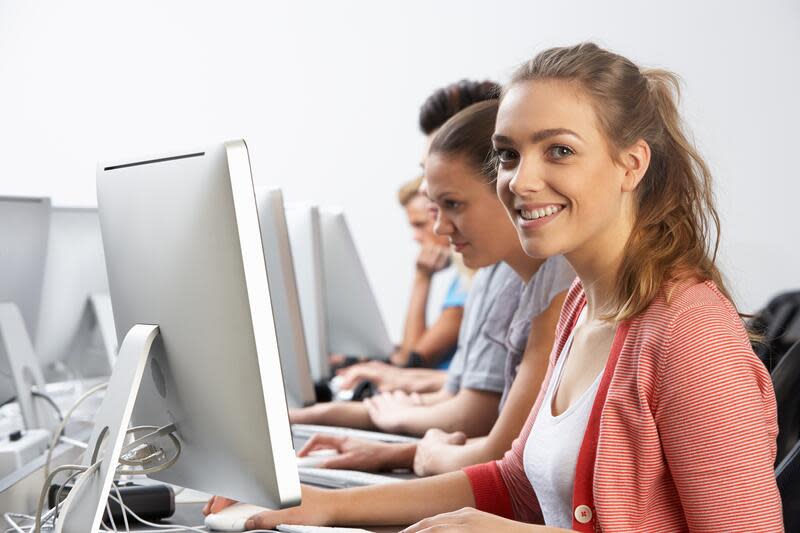 Asking educational IT directors if they prefer Chromebooks or iPads is like asking Americans if they prefer hamburgers or hot dogs, Chevrolet or Ford. There are two impassioned sides to the debate, and both are so sure they’re right that you probably can’t convince them otherwise. Remember when East Coast vs. West Coast was the biggest question in the rap game? You get the picture…

Of course, just as some foods have obvious merits and quarter mile numbers and towing capacities don’t lie, there are some reasons why certain technologies just make sense. The same way Dr. Dre is obviously better than Biggie, Chromebooks are better suited to educational settings than iPads. Here’s why.

If you came of age in the ‘90s you might remember those epic computer games that encouraged faster and more accurate typing. Though we no longer place quite as much emphasis on that great old question (“What’s your WPM, bro?”), the only reason we don’t ask is because it’s now assumed that you could beat those games with one hand. If students are only given touch screens or those flimsy little add-on keyboard-case combos, they’ll find themselves with weak little fingers that have to play catch up once they are pounding out those last-minute essays later in life.

Also from the nostalgia department, the App Store. Remember buying Songs About Jane on iTunes? Or when iTunes gift cards were, like… the best Christmas present ever?

If students are forced to consume their textbooks and learning material on iPads, they’re limited to apps that work on Apple devices. If the school system wants to have in-classroom devices with a cloud ecosystem that can be accessed remotely (maybe from home or the public library), implementing iPads means students are forced to seek out other iOS devices. Uncooperative apps are old-school; now it’s all about the Cloud. And if you have a MacBook at home you can access the Cloud on it, too.

The Cost of Learning

Speaking of the Cloud, Chromebooks’ reliance on the Cloud makes them run half the price of iPads. If one device is lost, damaged, or stolen, a student’s data is not lost with it. Work is stored in the Cloud, textbooks are too, and any Chromebook accesses the data equally.

Not only is the hardware cheaper, more Chromebooks are being delivered with native software that allows school districts to track and recover lost or stolen devices. While these options exist for iPad, they are rarely integrated for fleet management the same way they are in Chromebooks. More expensive devices are more appealing to steal and harder to provide for entire school districts, making Chromebooks an obvious value leader for already cash-strapped education systems.

Everyone can figure out how to peck around an iPhone or iPad, but with Google Drive’s suite of online document and data programs quickly usurping Microsoft’s Office, it’s only a matter of time before advanced skills in Google Drive are as valued as Microsoft Office is today. LinkedIn always tells me to add various Microsoft skills to my profile to increase relevancy, but it won’t be long before “proficient in Microsoft Excel” makes me sound like a dinosaur. Teaching students how to complete assignments using Google Drive allows for amazing collaborative opportunities on written documents and slide shows and provides them with real-world skills that will soon be mandatory for all office positions. No more wondering if that .docx you saved at home will load from your flash drive to the school’s computers, just pull up the Cloud and open your homework; no formatting horror stories needed. Dogs can’t eat the cloud, either.

Just like some things rhyme because they’re facts, Chromebooks’ superiority to iPads in classroom settings is a given. When I was in school we had textbooks, not textpads. I rest my case.