Supporting Students in Crisis: An Interview with Sam Brinton, Part 1 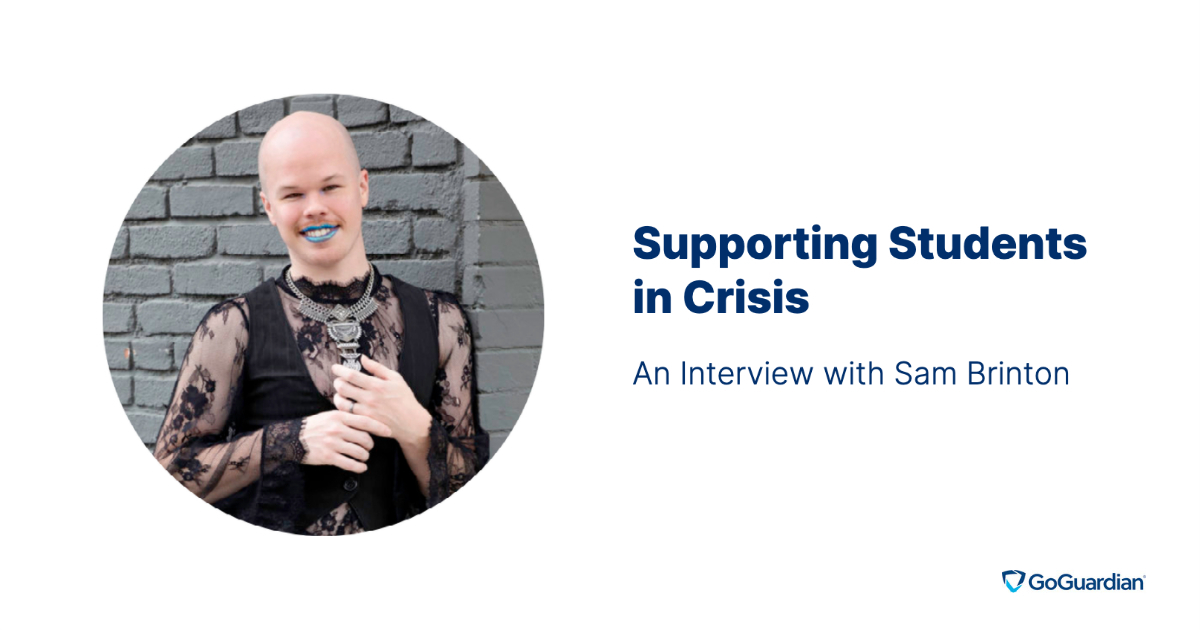 Sam Brinton (they/them) is Vice President of Advocacy and Government Affairs at The Trevor Project, the leading national organization providing crisis intervention and suicide prevention services to LGBTQ young people. As the Trevor Project’s chief advocacy officer, Sam ensures that the organization is advancing policies and positions that help LGBTQ youth in crisis on the federal, state, and local level, and in the executive, legislative, and judicial branches.

In this two-part interview series, we talk with Sam about the work The Trevor Project is doing to support youth at risk for suicidal behavior, and we learn about the Model School District Policy for Suicide Prevention, a resource that outlines best practices for K-12 school districts to prevent, assess the risk of, intervene in, and respond to youth suicidal behavior.

Sam, let’s start with your work at The Trevor Project—how and when did that begin?

“The story actually starts with me wanting to become a nuclear engineer and disarm nuclear bombs. That was one of my dreams. I would go to MIT, get these degrees to study something that was difficult and tough, and then move to Washington, D.C., following graduate school with a mission to save the world from nuclear annihilation.

By day, I would work to end nuclear war, and by night, I was an activist working to end conversion therapy, the dangerous and discredited idea that you can change someone's sexual orientation or gender identity. With the beginning of the previous administration, I founded an organization called 50 Bills 50 States with the express mission to make sure every state was being fought for to end conversion therapy. That caught the attention of The Trevor Project.”

“To be very honest, when I first started looking at The Trevor Project, I did not feel qualified. I hadn’t been in the LGBTQ equality movement for decades. And now to lead a program at one of the largest national organizations for LGBTQ equality felt like a big step up, right? This was like my armchair activism at night, and now all of a sudden it was going to be my career.

I was really blessed with leadership at Trevor Project who said, it’s not only going to be about all the work that you have done. It's knowing how to ask the right questions, knowing where to go to get the greatest impact, and knowing that the generations that fought for marriage equality gave us a foundation, but we don’t need to stay with the same ideas. We can always be growing, we can be moving to new forms of activism.

My mission at The Trevor Project is to make sure that whether federal, state, or local—legislative, litigative, or public education—that the 1.8 million LGBTQ youth that will be in crisis this year are given the resources, the same rights, and the same responsibilities as any other young person, in the hopes that we will prevent the harms that bring them to crisis in the first place. The mission of The Trevor Project is simple; the amount of work it takes to make that vision happen, like most organizations, is anything but.”

That’s a great perspective that many educators may relate to when thinking about mental health crises and the Model School Policy—it’s not about having a lot of experience; it’s about knowing what step to take next and who to tag in for support.

Let’s talk about the Model School District Policy for Suicide Prevention. When was this resource developed?

“In 2014, the National Association of School Psychologists, the American School Counselor Association, the American Foundation for Suicide Prevention, and The Trevor Project all got together to make sure that schools weren’t left in a spot where they were being told to have a suicide prevention policy, but not actually having any of the processes that would be best practice. The Model School Policy outlines best practices for K-12 school districts to protect the health and well-being of all students by having procedures in place to prevent, assess the risk of, intervene in, and respond to youth suicidal behavior.

The Model School Policy was updated in 2019; we need to remember that suicide prevention is a moderately new field. We’re still learning the best ways to do it, which is what led to the update in 2019 and will lead to future updates.”

What are the main topics or tenets covered in the Model School Policy?

“The Model School Policy is made up of three major components: prevention, intervention, and postvention. It is important, however, to remember that no matter which stage you are in, that populations placed at high risk due to the environment or history can require specialized services that center around those high-risk youth.

Prevention is about making sure that whether you’re school staff or a student, you know what the warning signs of suicide are. Let's make sure that before there's ever an actual attempt, that we understand what's happening right in front of us. Knowing the warning signs is kind of like knowing the symptoms. Let’s say you have a sniffly nose—do you need tissues, or do you need cold medicine, or do you need to go to the doctor? These are all different interpretations that we have to figure out.

Okay, now we know this isn’t just the sniffles; we need to go to the doctor. The intervention policy means that when a student is identified by a peer, educator, or other source as thinking about dying by suicide, there is a process for what to do next. Are you taking them to the school counselor? Are you taking them off-site? What is the notification of the caregivers? Intervention is about making sure that in the moment of crisis, we know what to do. It's kind of like the Ghostbusters: ‘who are you going to call,’ right? You don't need to solve everything, but you need to make the call so that you can activate the process.

This is why these Model School policies are so important because yes, you can have as much prevention as possible, but in the moment of crisis, if a teacher’s having to Google the word suicide to figure out what to do, then we have a problem on our hands.

And then there’s postvention:

Let's say there's been a death by suicide, or an attempt in the community, whether a teacher or a staff member or a student. Regardless of the outcome of that attempt, it's really important to recognize that the transition back into the school system can be really difficult. And so postvention says, let's make sure that if there is an attempt, we've given this student as many support systems as possible. So that way, when they're coming back into school, we don't place them right back into crisis and start this cycle all over again. Let's make sure there’s a soft landing, if you want to think about it like that.

And then of course, for community members or others who may die by suicide, it's about talking about memorialization. What are ways that we can honor a person's memory without potentially creating what we call suicide contagion, this idea that by glorifying an act you could lead more individuals to consider suicide due to the glory that has occurred. That doesn’t mean all memorials are bad; it just means you need to know what you’re going to do so that people aren’t trying to make it up on the fly. That’s the most important part—have a process, have a plan.”

You mention high-risk populations. Can you talk more about that?

“Now let's be clear. These populations are not at risk because of who they are. They are at risk because of a variety of factors—some may have family members who were veterans, and that has led them to hear about suicide attempts or deaths by suicide more often due to the higher rates of suicide attempts by former members of the military. Some of them are LGBTQ, and because of cultural rejection and discrimination, they are at higher risk of suicide due to that rejection. They don’t have a support system that can see those warning signs of suicide and can try to prevent it in the first place.

And then of course, there's youth of color. We need to recognize that due to socioeconomic discrimination and just plain-out racism, we are not serving every young person who walks in a school’s doors equally. They're not getting the same experience. That means that we need to make sure that no matter what language you're speaking, or what the color of your skin is, you are being served by a suicide prevention policy.”

So, to summarize the key points:

Intervention – know who you're gonna call.

Postvention – know what to do after it's happened.

Make sure that it's actually serving ALL, and integrate all of this into staff training, student curriculum, and administrative policy.”

Read part two of this interview with Sam Brinton, discussing common challenges faced by educators when building suicide prevention policies. You can learn more about the Model School District Policy by visiting The Trevor Project online, and watch Sam’s closing keynote from our virtual event, Conversations About: Mental Health and Wellness.

If you or someone you know are thinking about suicide and in need of immediate support, please call the TrevorLifeline at 1-866-488-7386, or visit TrevorChat to connect with a counselor. 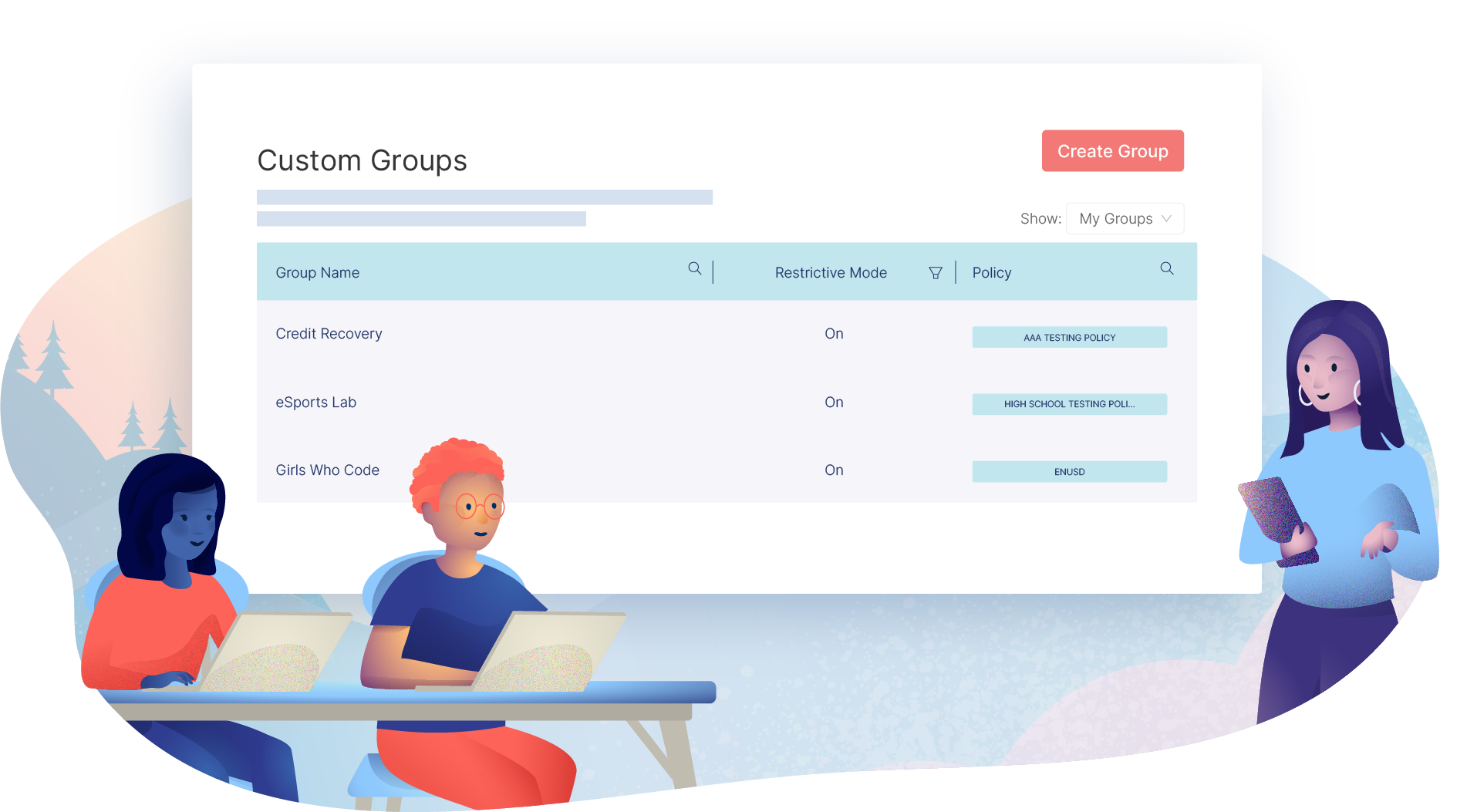 A New Feature for CTOs to Love: Custom Groups

Custom Groups allow you to apply filtering policies to groups of students regardless of their respective OUs, automatically remove students at a specific date or time, and more. 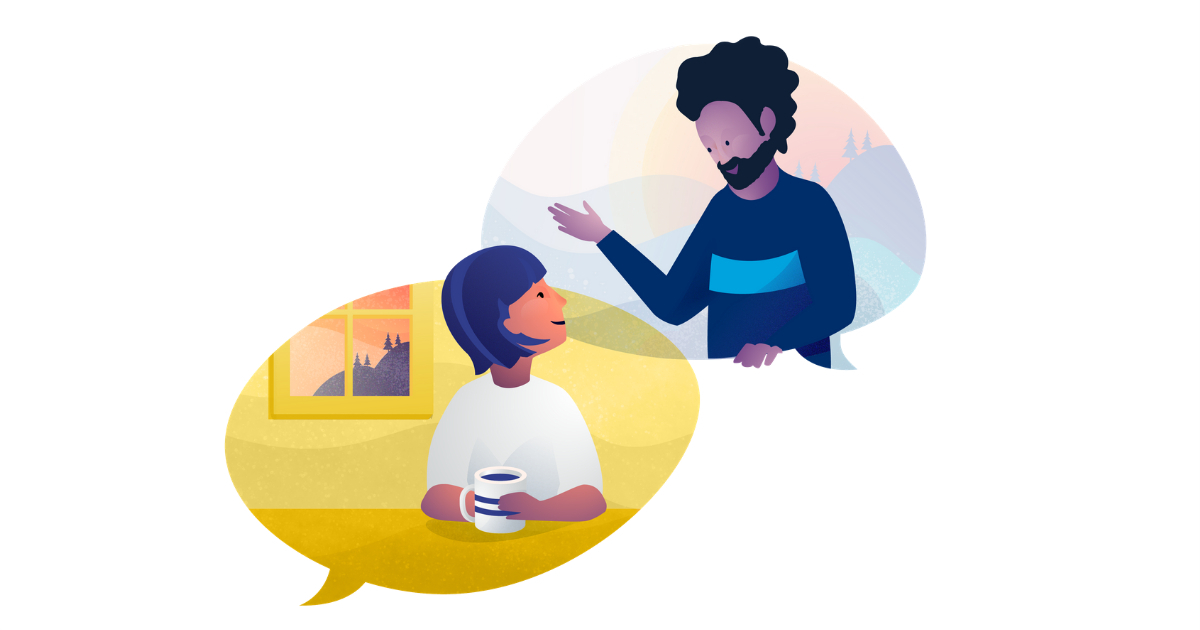 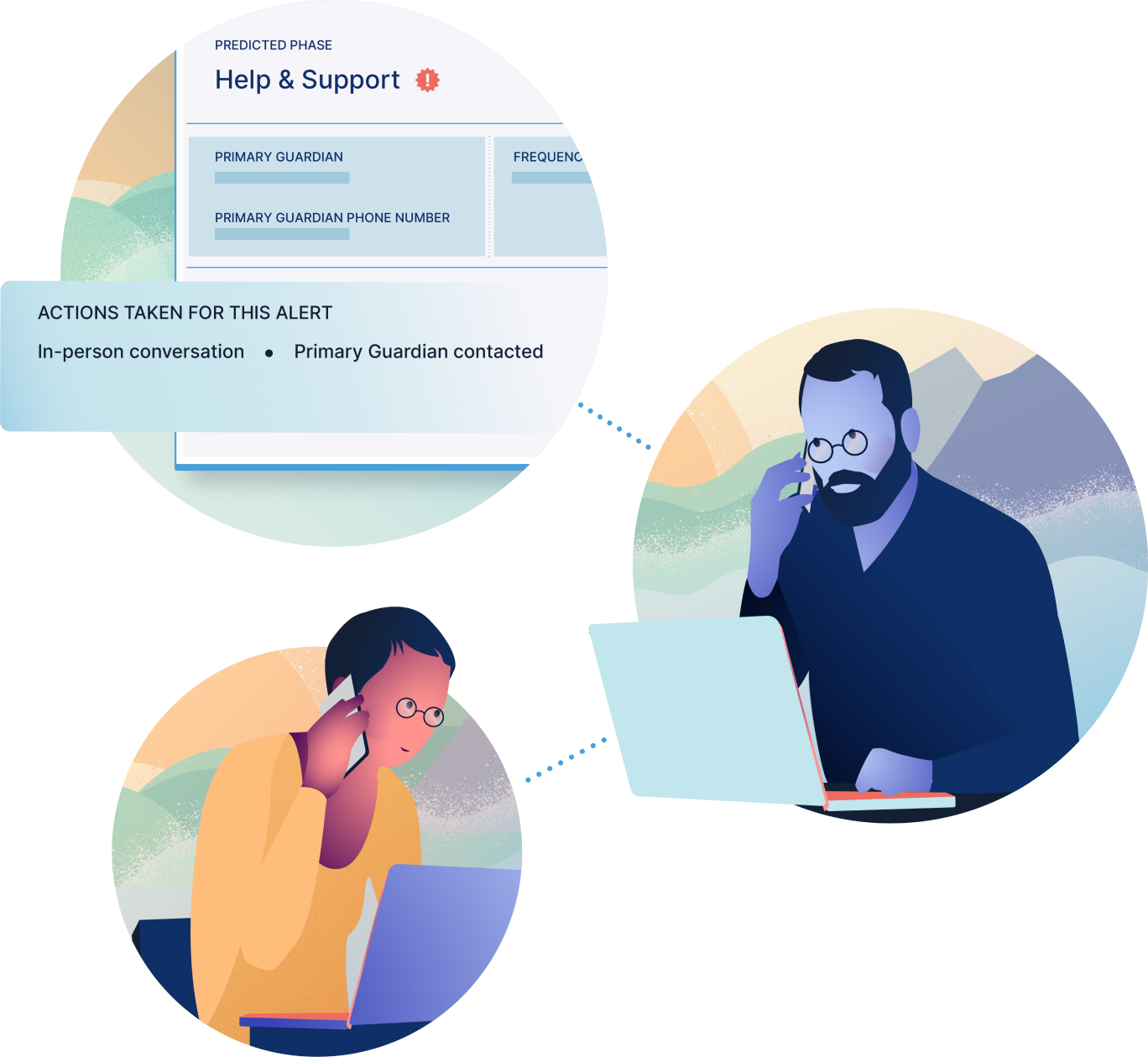 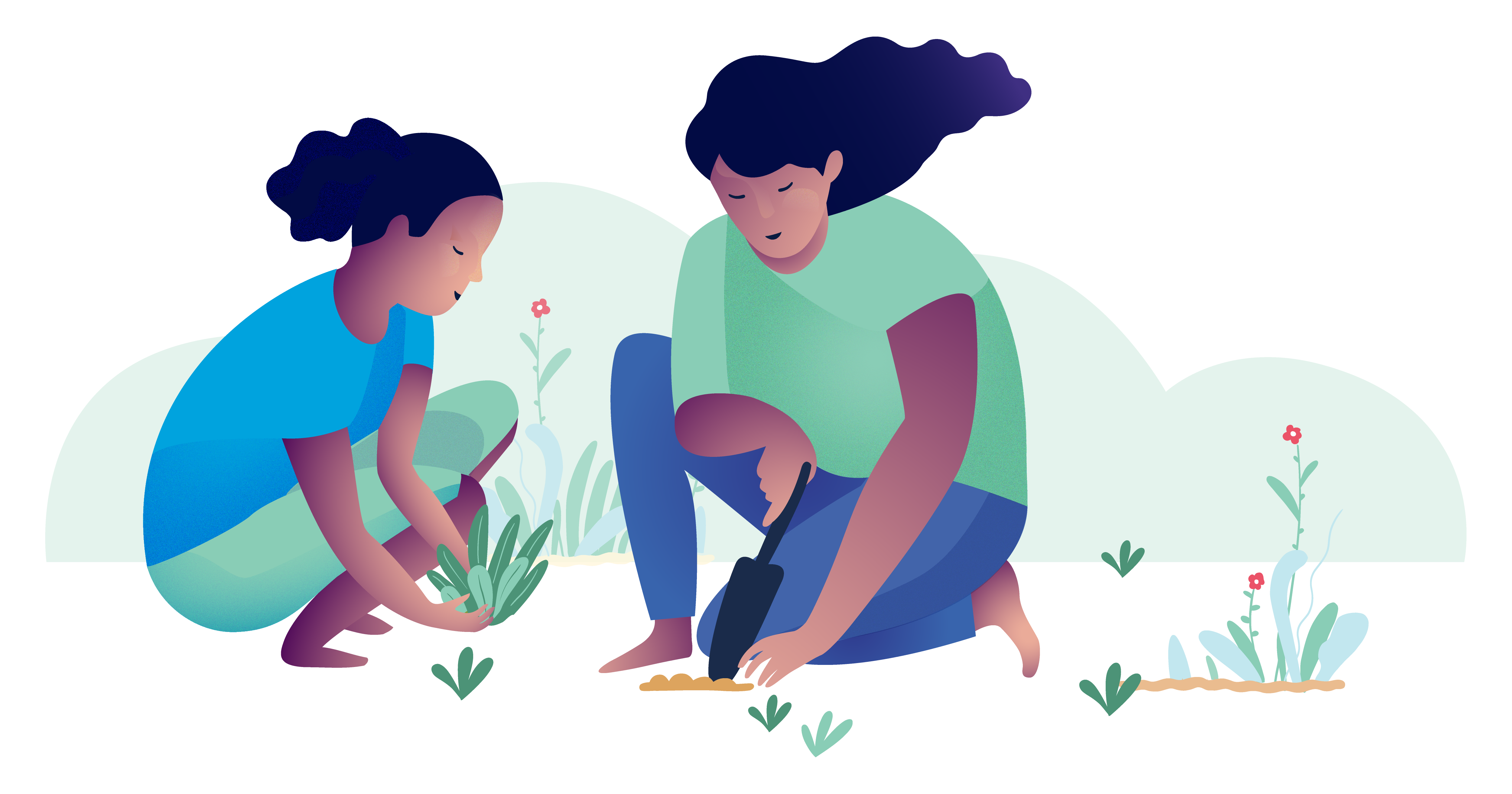 Heading back to school can produce many emotions and reactions. School counselor John Burnett writes about strategies educators can share to address mental health. 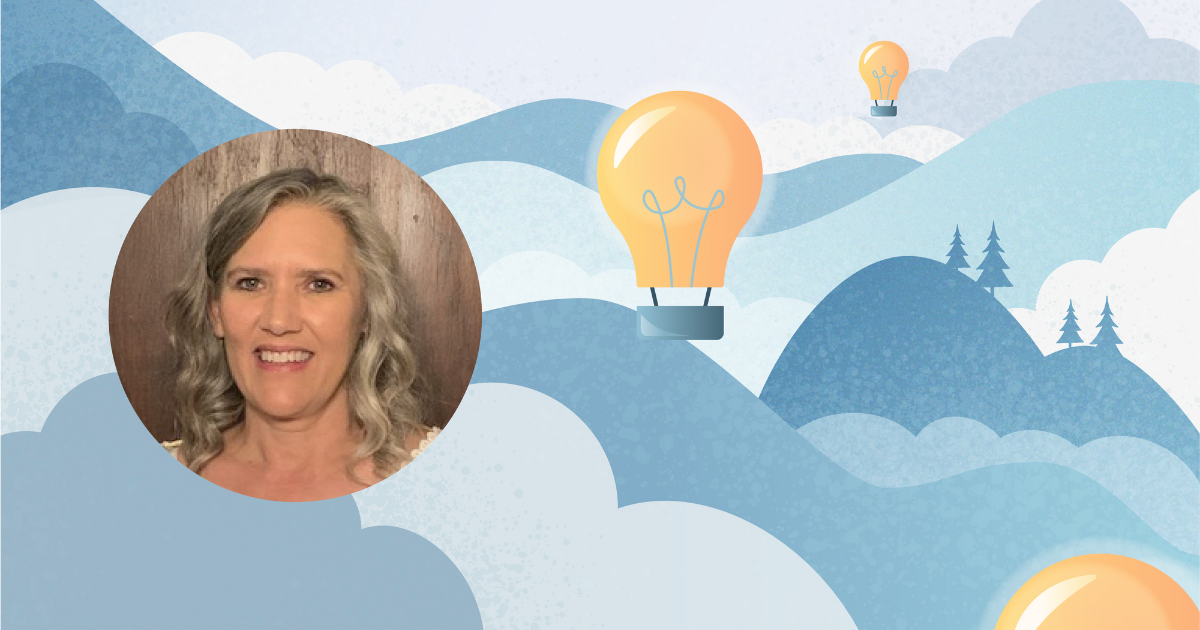 K-12 Student Safety Subject Matter Expert for GoGuardian Tracy Clements discusses how taking a few moments to connect can have healing effects on students as well as educators. 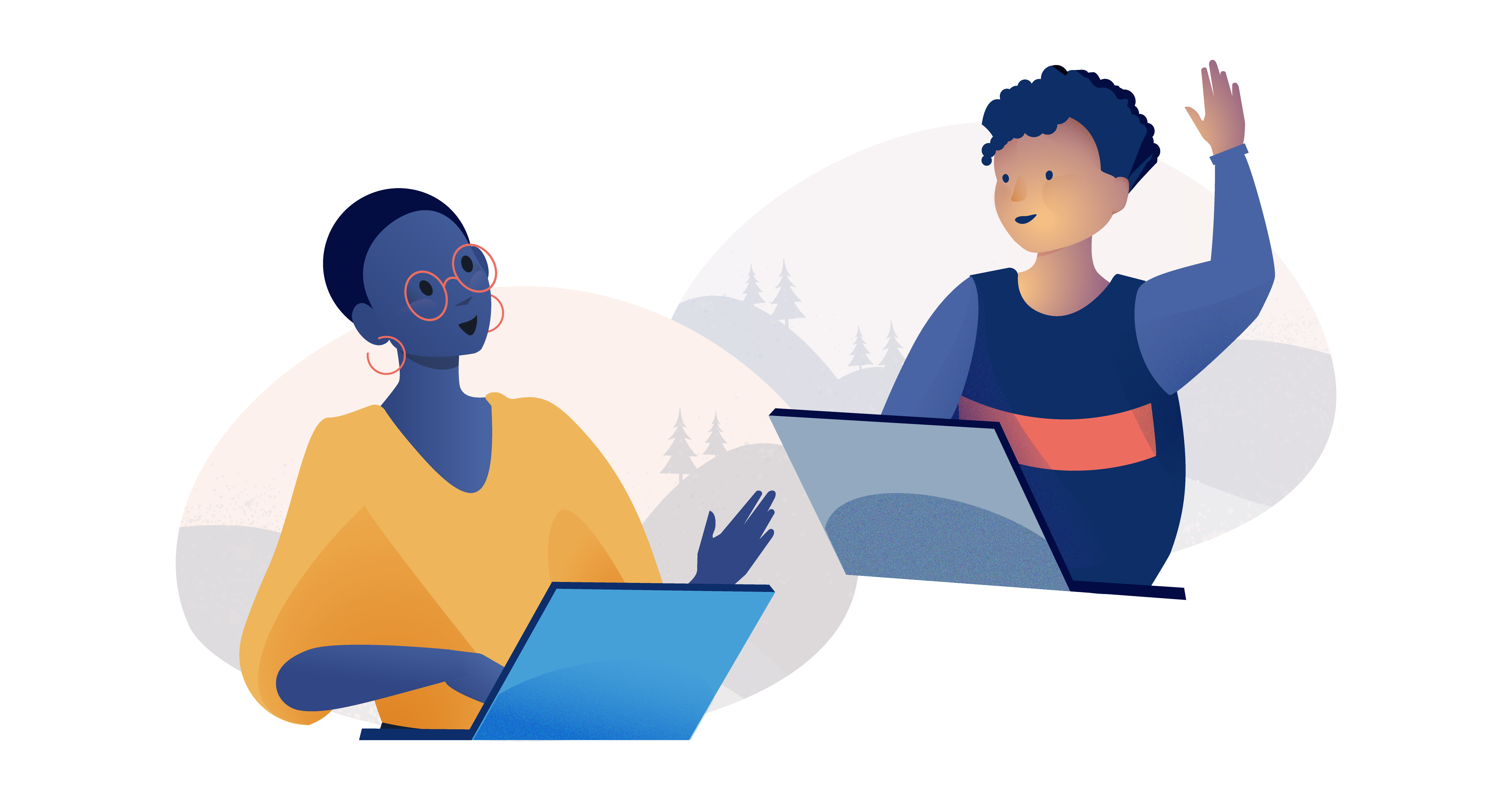 What’s in a Relationship?

Check out these basic practices all teachers can utilize in their quest to build meaningful relationships with students. 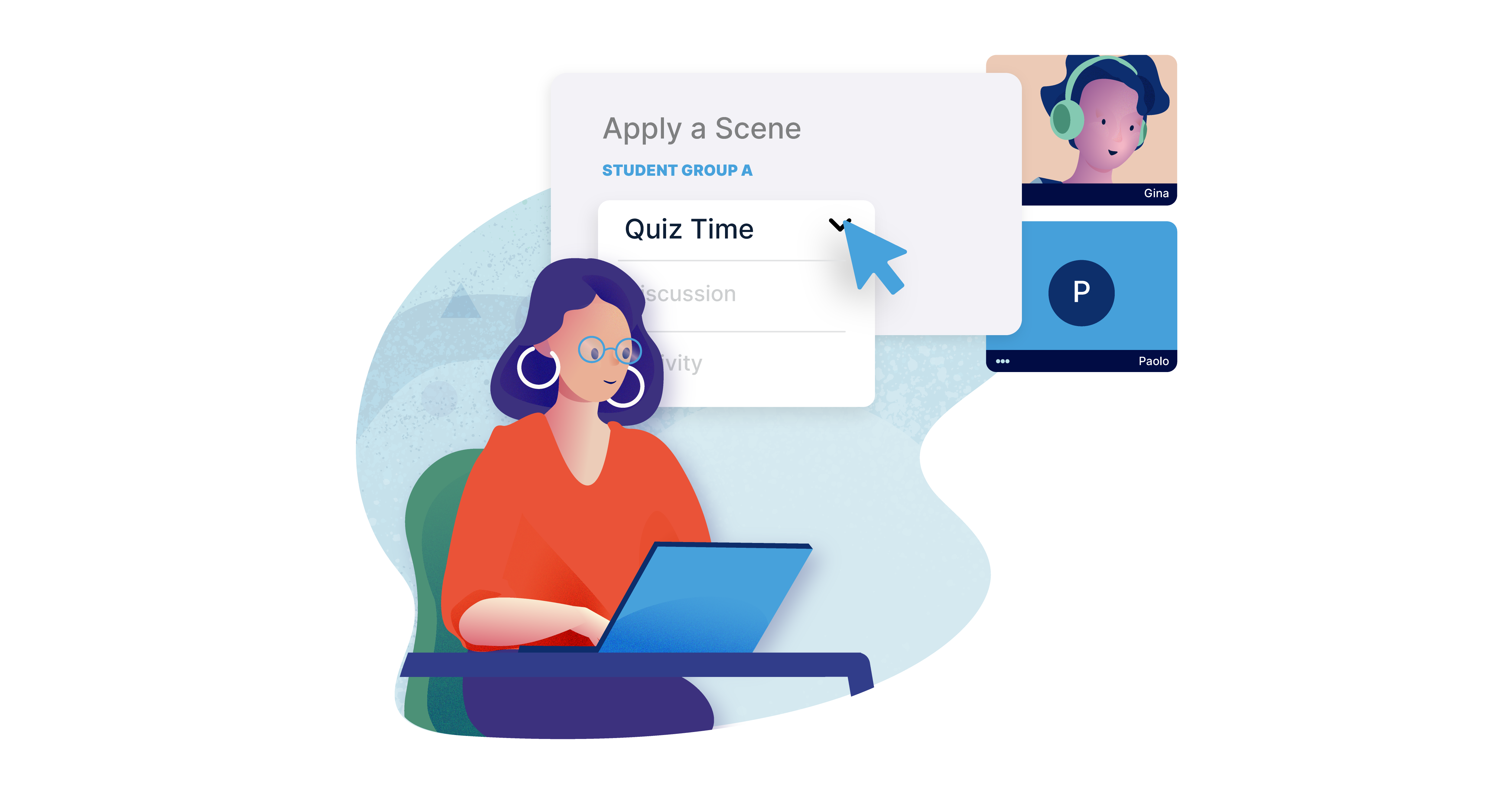 Setting the ‘Scene’ for Responsible Tech Use

Two digital learning coaches discuss how GoGuardian Scenes can help students stay on task, engage with their peers, and find excitement in their educational journeys. 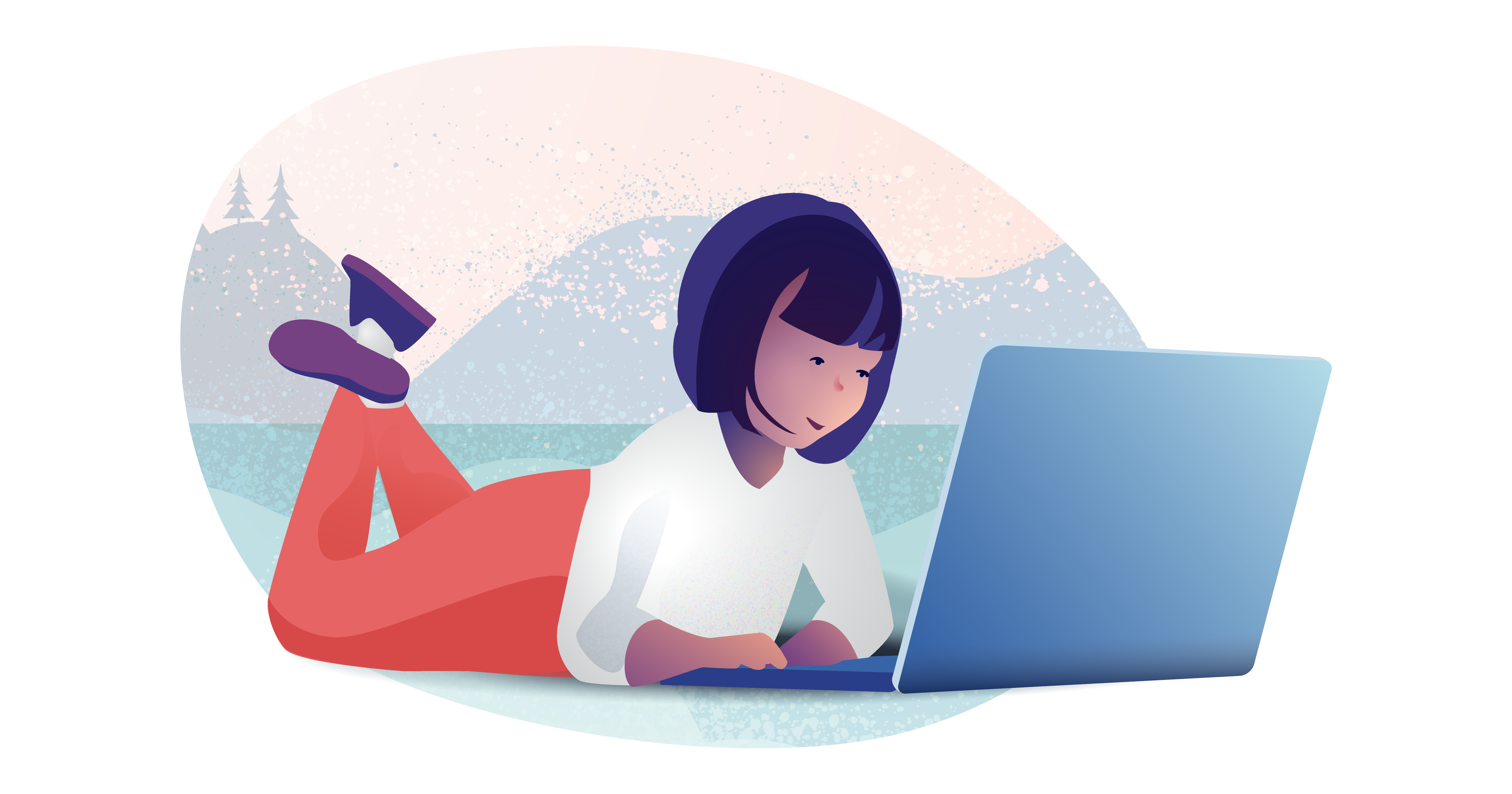 What Makes a Great Edtech Tool?

GoGuardian interviewed Jake Miller, educator and author of “Educational Duct Tape,” to discover what differentiates a good edtech tool from a great one.