Introducing Video Conferencing Built for K-12Learn more›
‹ Back to glossary

What is the Children’s Internet Protection Act?

Since the 1990s, schools and public learning institutions have pushed for computers in the classroom. It’s a rally for instant access to information for all children, equally across the board. The internet became  the great equalizer we’ve always needed. No matter your social class, you could access the same information as everyone else. But problems soon became apparent, and so too was the need for the Children’s Internet Protection Act.

What is the Children’s Internet Protection Act?

The Children’s Internet Protection Act (CIPA) is the restriction of certain categories of online material by schools and libraries. This material includes content considered obscene or harmful for students to view. Not all schools must comply; compliance is only required of those schools and libraries receiving the E-rate discount.

The CIPA went into effect on April 20, 2001, along with the Neighborhood Internet Protection Act (NCIPA). They require the restriction of harmful content via safety policies and software technology that uses filters or blocks to restrict dangerous content. 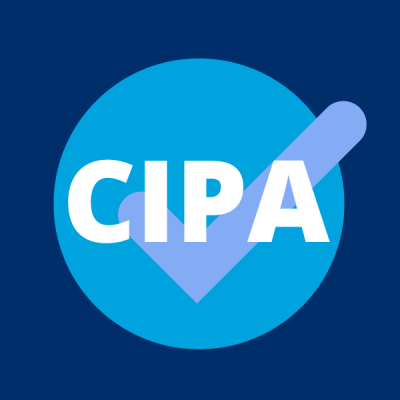 What is the E-rate discount program?

The E-rate discount program is funding or discounts for telecom and information technology. Technology is still seen as a great equalizer and there are many benefits of technology in the classroom. However, the underfunding of schools presents an issue. Today, 63% of classrooms use technology every day and  58% of teachers use educational apps. There is even a 21% jump in the use of 3D printers in the classroom. Schools that can’t afford this technology due to lack of funding are at a disadvantage but the E-rate program makes it easier for schools to obtain the technology students need.

The government enforces compliance with the CIPA by linking it to the E-rate program; if compliance is not met, they’ll restrict or rescind funding. This stirs controversy and criticism because although content filtering is a great tool to protect children, some critics compare it to censorship.However, content filtering has come a long way since the induction of the CIPA. Now, it’s more refined and tailored to the specific needs of schools. Gone are the days of unnecessarily blocked sites and pages. Instead, the focus is on protecting students from truly harmful material such as pornography, phishing and email spoofing, and games found on the dark web.

What are the Requirements of the CIPA?

To avoid the restriction of funding for technology, schools must comply with the CIPA. To comply, they must create an internet safety policy and provide notice as well as a public meeting to discuss changes. They must also train students and teachers on digital citizenship.

Creating your own internet safety policy and holding a public meeting isn’t enough to satisfy the requirement. The policy must contain several key functions in order to comply with the CIPA. These include:

Why was CIPA Created?

The internet was thought to be a  great equalizer for education, but in its early days it was also called “The Wild West”. Now, there are more protections against cyber threats and exposure to inappropriate material, and these protections continue to improve. However, the dangerous deep web and dark web are growing nonetheless.

The deep web is 550 times as large as the surface web and it’s surprisingly accessible. In fact, we use it every time we log into our personal accounts, such as Netflix. Despite the volume of legal and safe content on the deep web, there are many harmful things to be cautious of on the dark web. It is the area of the web where hackers, child predators, drug dealers, and cyber criminals turn up. Unfortunately, it’s not even the tip of the problem.

The surface web contains just as much inappropriate content as the deep or dark web including pornography, violent games, obscene videos, gambling platforms, and forums with lewd topics. This brings up the concern of how to protect children from this kind of exposure, which quickly led to the creation of the CIPA as well as its many criticisms.

In 1999, the American Library Association Washington Office Newsline reported that Sen. John McCain (R-AZ) organized and chaired a hearing on filtering legislation. He, along with Sen. Ernest Hollings (D-SC) proposed the CIPA. Candace Morgan, from the Freedom to Read Foundation testified against the act and incited further criticism. The ALA and others asked Congress to respect local decision making.

At the same time, the House of Representatives voted on the Safe Schools Internet Act. The Freedom to Read Foundation and ALA Council, as well as supporters, filed lawsuits. They stated they’d continue filing suits against any other bills introduced on the topic. There were several bills pending on the issue.

When the Children’s Internet Protection Act passed in 1999 and 2000, it was a notable victory. Schools could get the technology they needed, but with clearly outlined protections. It still draws criticism today, but the benefits far outweigh the negatives.

With every change, there is bound to be criticism—especially in the beginning—and the CIPA is no different. Critics’ largest issue is censorship, which could pose a problem if there are no regulations against restriction.

With that said, let’s take a look at the argued negatives of the CIPA. We’ll follow that with the benefits and changes to content filtering software.

Cons of Web Filtering and the Children’s Internet Protection Act

The filtering tools are at the hands of schools and their administrators. This means they can filter out topics like abortion, birth control, or politics. The difficulty is, a school may unintentionally block these sources. They may not even notice until a student raises the issue, which they may not.

For students, this may feel like a restriction on freedom to information. It may also prohibit them from completing assignments. For example, if a student is doing a paper on reproductive health or breast cancer, they may not be able to access those resources because filters often block keywords like “breast” or “sex”. However, filters have improved dramatically and  schools are able to whitelist sites to ensure access to resources even with filters in place.

The restriction on social media may also be considered a con of content filtering. Although it can be a huge distraction for students, some argue that it’s increasingly vital to their education. The working world uses social media for business every day and it generates huge revenue. Understanding how to leverage social media is a large part of the modern economy and learning how to do it in school sets kids up for career exploration. It allows them to jump straight into careers with a knowledge of how to do the job from the beginning. Networking skills are also very important in today’s tech-filled business world. Knowing how to network increases the likelihood students will be able to find jobs.

Beyond that, social networks contain newsreels and informative videos. There may be plenty of cat videos, but there is also information on global warming and natural disasters. Social media also connects students with others around the world. Today, this is vital to learning empathy and accepting differences. It’s also great for information exchange and can be helpful in career management. Teachers have even used social media to take questions from students,inform them of upcoming assignments, and talk about current events.

Social media doesn’t have a restriction requirement. Blocking these sites is a decision made by schools and libraries.

Perhaps the most critical point of arguments is that it is discriminatory, particularly in the case of LGBT students. Teachers and students complain that they cannot access certain websites or online magazines that represent the LGBT community, display images of Native American tribes containing nudity, or show support for countries such as Iran, China, or Russia..These subjective filters raise the issue of censorship and discrimination.

Another  issue that we’ve touched on is redlining. It ties to discrimination. The E-rate program indeed brought computers and tech to underprivileged schools. However, these schools must invest in content filtering software. If they do not comply, the government rescinds funding. Schools that need the funding must also comply with the filtering regulations; schools that do not need the funding are not required to filter content.

Wealthier schools are not required to censor, but underprivileged schools are. This propagates the idea that underprivileged schools don't have access to the same information, which is the issue technology in the classroom means to solve to begin with. To make matters worse, some students can go home to unfiltered computers. There, they can access what they weren’t able to at school. This isn’t something that can be stopped, but it's used in arguments against the CIPA.

The Library Association is one of the largest critics of the CIPA and censorship, but they’ve been counteracted with the notion that they also restrict materials. You’ll rarely find pornographic books or magazines between their shelves nor do they carry books on how to make bombs or sell drugs. This is why the comparison is difficult. Their version of censorship or filtering software is limiting the books available. For the internet, all of that information is there regardless, and it isn’t going to go away.

Content filtering makes it possible for schools to protect students against ever-growing threats. As mentioned, the deep web and dark web are vast and they’re only getting bigger. They provide access to drugs, hackers, illegal weapons, and much worse. Web filters today do not simply restrict content, but also help to keep phishing and malware threats at bay.

Schools are large targets for hackers due to huge databases of personal information. Web filters keep hackers from accessing these details and committing identity fraud by protecting against phishing. Phishing usually occurs through email spoofing. It involves receiving a message from what looks like someone you know. This may be another student, teacher, or parent. They may ask for personal information in the email or direct you to a link. That link will take you to a website that downloads viruses onto the computer. This is often in an attempt to collect personal and financial information. More than 80,000 people fall victim to these attacks every single day.

Web filters also block pop up ads. Pop-ups are commonly used by hackers to direct you to sites with malware. They’ll use it to gain access to the computer as well as the network it’s connected to.

But as more people use the internet and its presence grows in our classrooms, workplaces, and homes, the corresponding threats rise, too. We must prepare ourselves in any way possible and web filters are just one layer of protection.