We're going live at 6 pm EDT to discuss student privacy & safety with the experts.Join the stream and learn more›
‹ Back to glossary

What is Sandbox Security?

The internet holds many threats for businesses and individuals alike. Approximately 60% of small businesses close after just six months due to hacking because their average loss is around $3.6 billion for just one breach. These kinds of losses are huge, but individuals lose just as much as companies.

On the home front, 80,000 individuals fall victim to email phishing every single day. In 2017 alone, hackers stole $172 billion from average citizens. Unfortunately, these threats are increasingly difficult to protect against —but sandbox security can be a helpful asset.

We’ll cover what sandbox technology is, how it keeps computers safe, and how to implement it in the sections below.

What is Sandboxing Technology?

A sandbox is a replica of a computer’s operating area, only without access to the rest of the network. If you’re using a single program, sandboxing sets the program aside in a separate environment. The sandbox itself operates in isolation, mimicking your system. This protects your computer and network in the case of a security issue.

Sandboxing is the imitation of your entire computer’s system. It will accept a program and execute it to understand its purpose. If it’s suspicious, you’ll still be able to work on the program in the sandbox. But with the separation, it won’t have the chance to harm your system or any other part of the computer. 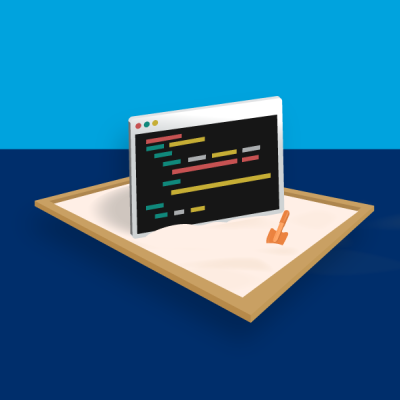 This technology saves companies money and time, and protects them from malware and scams. They're also used to fix bugs, build working directories, and improve development. Since they are easily accessible and flexible, they’re a popular cybersecurity solution.

What is a sandboxing environment?

Sandboxing technology tests software using virtual servers to create an isolated “environment”. The environment is just a security term for the operating space the sandbox uses. It’s essentially a space on your computer that you can manipulate. It can look like your entire network, or it can be bare bones.

What is sandboxing in a firewall?

A sandbox environment isn’t just an area where you can test suspicious programs and software—it’s a detection system for unknown threats. There are plenty of anti-virus applications that are great for detecting well-known threats, but sandbox network security examines and probes unique files, apps, and software, then passes it through a firewall. The sandbox catches threats that are specifically designed to get around network security.

Why Should You Use Sandbox Security?

Hackers take billions every year. It does not matter if you are an individual, a small business, or a corporation—you’re still a target. The problem is that these threats are increasing. Schools are a target because of their large databases of personal information and they often lack the protection they need to keep these threats at bay. To make matters worse, students may accidentally invite these risks into the network through their online activity. They’re more likely to visit sites that are suspicious, such as game sites, and may attempt to get around content filters built for protection.

Corporations are at risk because of their wealth of financial information. Many organizations hold information on other companies and millions of consumers. If security is not a continuous priority, it’s at great risk. Smaller companies can be easier to target because they don’t always have the security resources others do, but even companies with huge budgets face immense pressure from cyber hacks.

In 2017, Yahoo announced the compromise of 3 billion user accounts by a group of hackers. Not long before that attack, a “state-sponsored actor” hacked 500 million user accounts. In 2017, Equifax announced that a data breach affected nearly 148 consumers. Target, J.P. Morgan Chase, Uber, Home Depot, and Marriott International have all been hacked, affecting billions of consumers.

These threats are only growing, and they’re becoming harder to stop. Hackers are continually working to circumnavigate security protections and technology can’t keep up.Consider the Mirai botnet of 2016; it began as a Minecraft scam and provided a way to gain an advantage in the game by kicking other players off the internet. It utilized DDoS (Distributed Denial of Service) attacks to do this. The creators were then selling the use of their bot for around $5-50, creating an attack-for-hire business. Only, they didn’t realize the beast they had unleashed. This malware infected 65,000 Internet of Things (IoT) connected devices in its first 20 hours. The bot breached Dyn, one of the largest controllers of the Internet’s DNS (Domain Name Service) infrastructure. The attack brought down Twitter, Netflix, Reddit, CNN, and the Guardian. It also affected hundreds of thousands of security cameras.

It was unlike anything anyone had ever seen, but it’s certain  that this isn’t the last time we’ll hear about such a massive incident. More attacks are coming. This is why you should know and utilize every protection available.

Containerization is a fairly new development, whereas sandboxing is an industry standard. Sandboxing is a detection method created to protect against end-point attacks. Containerization, or virtual containers, are necessary due to the advancement of dangerous malware. In other words, sandboxes may not be as effective as they used to be because  new malware is created all the time and their designers attempt to get around protections like sandboxes.

Virtual containers sit on the endpoints of transactions. There, they isolate applications such as apps, web browsers, email, and removable storage. The containers remain there, providing continuous protection. They are, essentially, a buffer between the insecure and the secure.

Since malware continues to improve, it’s only beneficial if security does as well. However, sandboxes are still an efficient way of protecting against threats. They also remain one of the most cost-efficient ways of protecting your network. Use both measures if you’re able.

How Does a Sandbox Work?

Sandbox computer security works by executing code in an isolated space. There, it can observe the behavior of the code. While most security measures are reactive, the sandbox is proactive. Instead of looking for traditional malware patterns, the sandbox tests the code. It then analyzes how the mimicked network responds to it and decides if it’s malignant. If approved, it passes the code through a firewall before permitting it into the network, but you can continue to work on the program in the sandbox environment. If it’s suspicious, you can use the program without it ever making contact with your network.

How Do I Set Up a Sandbox?

Setting up a sandbox is incredibly easy. In fact, your internet-connected devices run sandboxes automatically. Browser sandbox security is already in place for most platforms. Every web page it loads runs JavaScript code to sandbox the pages. Any content uploaded on Adobe Flash Player runs through a sandbox, too. Apps have to request our permission to access information because they’re run in a sandbox. However, Java sandbox security is very limited. It’s also a frequent target because of its wide usage and open vulnerabilities.

Java may be easy to get around for some hackers, but not all sandboxes are. Desktop programs don’t necessarily come with sandbox cyber security measures in place and the default sandboxing is usually minimal. You can set up your own sandbox to protect your entire network with additional security. Do this with virtual machines, which are programs like VirtualBox or VMware. These create a virtual hardware device in order to run programs in another window, keeping them from accessing the rest of your system.

You could also enlist the help of tech companies such as GoGuardian. Web filtering and monitoring software from GoGuardian is a comprehensive web solution. It analyzes email, links, and sites for threats and blocks them from users. Hackers often use false encryption certificates to fool users and computers, but web filters from GoGuardian analyze and verify these certificates. If they fail authentication, they're kept from the network.

GoGuardian also adds email phishing and pop up protection. Email spoofing is a common way of accessing sensitive information on a computer. Once you click the link, it can infect the network and all connected devices. The hack will likely download malware onto your network and mayl also access your database of sensitive information. Pop ups are a common phishing avenue as well, which is why GoGuardian technology blocks them altogether.