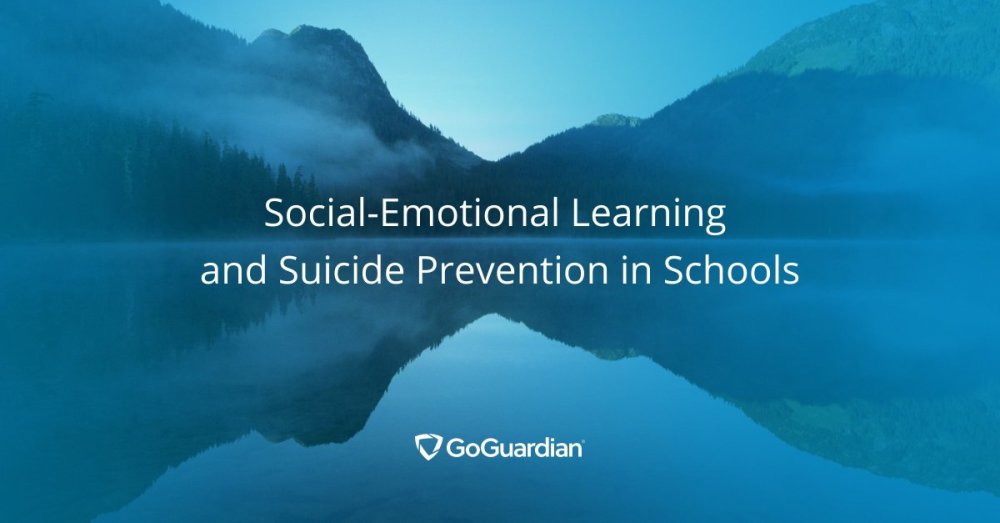 There is an old parable about a fishing village, where each day, the fishermen had to rescue residents from nearly drowning in the river downstream. Knowing this was not sustainable, the fishermen decided that instead of rescuing victims, they would discover how villagers were falling into the river in the first place. They ventured upstream to discover a dangerous overlook on a cliff where people were losing their footing and falling into the river. After building a protective barrier and safeguarding the edge, the fishermen no longer had to rescue drowning victims.

For the past 27 years, I have worked as an educator and later as a Coordinator of Health Education Programs for Los Angeles Unified School District (LAUSD), the second largest school district in the nation. In that time, I’ve seen how educators and communities can form “protective barriers” to curb the devastating consequences of youth suicide. The idea of “upstreaming,” or identifying and mitigating the source of a crisis, has been the focus of my career as a teacher, advocate and school district administrator. All too often, after a crisis occurs, the common question arises: “Why didn’t someone do something?”

What is Social-Emotional Learning’s Role in Suicide Prevention?

Social-emotional learning (SEL) is the process through which children and adults acquire and effectively apply the knowledge, attitudes, and skills necessary to understand and manage emotions, set and achieve positive goals, feel and show empathy for others, establish and maintain positive relationships, and make responsible decisions.

The research and best practice literature explicitly highlights school-based social-emotional learning as an effective upstream approach to suicide prevention. SEL teaches life skills shown to protect students from suicidal behaviors by increasing their social connections and improving their ability to cope with everyday challenges and stressors.

SEL programming provides a strong, schoolwide foundation for supporting student mental health and wellness. SEL is also an evidence-based, Tier 1 practice for the Response to Intervention (RTI), Multi-tiered System of Support (MTSS), and Positive Behavioral Interventions and Supports (PBIS) approaches. SEL brings together parallel processes across agencies that influence mental health, education, public health, research, and the community. Social-emotional learning has a place in all of these initiatives and can act as a focal point for unifying language and efforts in support of student well-being.

Risk factors are factors that have been shown to increase the likelihood that young people will have suicidal thoughts and behaviors. Research has demonstrated that SEL programs can reduce important suicide risk factors, such as social isolation, or lack of social belonging, and impulsivity. A lack of coping skills for managing stress also increases teen risk for suicidal thoughts and behaviors, and these coping skills are typically strengthened in SEL programs.

Well-implemented, evidence-based SEL programs also effectively increase self-control. Youth who have poor control of their emotions and behaviors are more likely to develop mental, emotional, and behavioral disorders that dramatically increase the risk of suicidal thoughts and actions. Young people with less developed self-control also have been shown to be more vulnerable to suicide contagion effects.

The Centers for Disease Control and Prevention has identified strengthening social connectedness as the focus of their National Strategy for Suicide Prevention, as substantial evidence supports the view that social connectedness reduces risk of suicidal thoughts and behavior. The CDC defines connectedness as “the degree to which a person or group is socially close, interrelated, or shares resources with other persons or groups.” This points to the greater value of SEL, as one of the primary purposes of SEL programs is to increase close and supportive interpersonal relationships and social engagement. In sum, SEL programs in education can help decrease suicide risk by helping to foster school and community connectedness.

Ultimately, SEL initiatives, especially when provided in tandem with suicide prevention programs, can safeguard students from becoming vulnerable and at-risk in the first place. Applying “upstreaming” techniques like social-emotional learning is a foundational measure necessary for protecting the safety of students and preventing youth suicide in school communities.